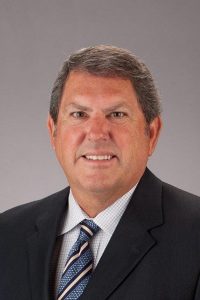 Over the years, people have often asked me about the high-value Argent places on a healthy work-life balance.

It’s no secret that we believe in working diligently for our clients. And yet, we also stress the idea that a meaningful life transcends what we do at the office from 8-5.

So, where did this culture come from? How did a “work-to-live-rather-than-live-to-work” value become part of our company DNA?

To answer that question, you need to meet a dairy farmer and a school teacher from northwest Louisiana.

J. Cathey was my maternal grandfather. In the late 1930s, he determined to start a dairy farm. He bought some acreage in Stonewall, LA, from a land bank. (This was the same property that had been owned previously by his father-in-law, then repossessed during the Great Depression.)

My granddad had a tireless work ethic. He milked cows twice a day (2 am and 2 pm), seven days a week, 365 days a year. He did this for more than four decades. Let this fact sink in: In 42 years of business, to my knowledge, he spent one night away from home—and that was only because a day trip didn’t go as planned.

He went to church every Sunday, but he never took a vacation. As far as holidays, there was no such thing. He didn’t have any hobbies except for some occasional fishing on his ponds. He also didn’t complain—at least, not that I ever heard. His philosophy of work was simple: “It’s just what you have to do.”

Not surprisingly, by the time I was in college in the late 70s and early 80s, my grandfather’s dairy farm was a big, successful operation. His life was proof to me that if you work hard, you can enjoy business success.

But Grandaddy wasn’t the only man who made a giant impression on me.

My father A. W. McDonald also worked hard. He had to. He grew up poor, outside of the rural community of Converse, LA. His parents and three siblings lived on a small farm in a house with no electricity or running water. It didn’t take Dad (now Pa) long to realize that a good education was his ticket to a better life.

After graduating from high school at the tender age of 15, he hitchhiked to Lafayette to enroll at the Southwestern Louisiana Institute, now known as UL-L. (He’d never even visited the school before—he simply showed up and enrolled on the spot!) He studied agriculture and graduated at 19. His first job was teaching recent WWII veterans basic farming techniques and principles. He then joined the Air Force.

After his military stint, he took a job as a high school ag teacher, eventually becoming the principal of the public (grades 1-12) school in Stonewall. That’s where he met my mother. In fact, he could see her family’s dairy farm from the school.

After they were married—and my sister and I were born—my father started a side gig—a small dairy farm with about 30 cows. That venture ended when he was asked to move and be the school principal at Mansfield in 1968.

By championing the importance of education, my father became a mentor and leader to many in his extended family. His brother and five of his in-laws saw from his experience that a college degree and a teaching position could open doors to a brighter future. As a result, they followed in his footsteps and became educators.

Clearly, my father believed in doing the hard work of teaching. But that wasn’t the only value by which he lived. He also believed in spending time with family and enjoying life’s blessings. Unlike my maternal grandfather, my dad made time for hobbies and fun. We took family vacations. We hunted and fished and waterskied at our camp on Toledo Bend.

When Dad retired from teaching after 30 years (at age 52!), he wasn’t done working. He and one of my mother’s brothers took over Granddaddy’s dairy farm. That partnership lasted for 15 years. In all his “free time,” Dad also served his community, church, and industry. For example, he was a member of the Police Jury in DeSoto Parish for 24 years.

I believe two things are true:

One, as individuals, we’re marked and shaped by the role models we have when we’re young. Partly by nature and partly by nurture, we tend to pick up the traits and values of our parents and grandparents.

Two, the culture of any company is largely built and shaped by its founders and leaders. And over time that leadership group will tend to attract people with the same values.

So, now you know why, when people ask me about Argent’s emphasis on a healthy work-life balance, I think mostly about two men: a dairy farmer and a teacher, a grandad and a dad.

Both men modeled the consequence of hard work, and my father further demonstrated the importance of taking time to enjoy a well-rounded life.

May Argent continue to champion those values for generations to come.