How Transfer-on-Death Accounts Can Fit Into Your Estate Planning

Originally published on Kiplinger on March 18, 2019 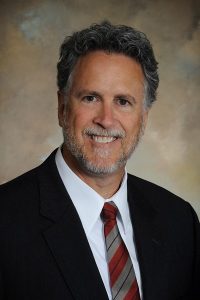 My wife and I, like most married couples, share a bank account from which either of us can write checks and add or withdraw funds without consent from the other. If my wife outlives me, the account will be hers alone, which my Last Will can’t change.

The account is wholly owned by both of us while we’re both alive, which means that a creditor of mine could make a claim against the entire account without regard for my wife or her interests. In addition, either of us could withdraw all the money in the account and not inform the other. This basic joint account offers a right of survivorship. However, can joint account holders designate who gets the funds after the second person dies?

TOD accounts are provided for under state law as part of the account custodian’s contract with the account owner — though both state laws and the terms of a TOD account agreement vary widely. It’s important to take special care if the funds in a TOD account are subject to community property laws as your spouse’s property interest in the account might need to be released if he or she is not the beneficiary.

In some states, this arrangement can permit a TOD beneficiary to receive an auto, a house or even investment accounts. However, retirement accounts, including IRAs, Roth IRAs and employer plans, are not eligible, as they’re controlled by federal laws that outline specific rules for designated beneficiaries.

Beneficiaries of TOD accounts can include persons beyond the surviving spouse, such as children, other relatives and friends, although state law offers special rights that protect the surviving spouse. The spouse of a decedent can legally claim a spousal share of assets, which is usually half. In addition, the spouse must give written consent whenever a TOD account agreement directs account funds to someone in addition to, or other than, the spouse.

You are clearly solely responsible for using TOD accounts and the outcome, whether it is what you intend or not. Most TOD agreements include language that you indemnify the bank from any claims if the account is disallowed, you move to another state, if your beneficiary designations conflict with your estate plan, or you fail to update them.

Some TOD account agreements stipulate that the beneficiary confirm by affidavit that the TOD account owner was free of debt before collecting the money. An agreement may also require that the decedent’s domicile at death was the state in which the TOD account is located. If not, the custodian can allow payment only to the probate estate.

Account custodians are often cautious because they may face liability if they pay to the wrong person or don’t offer an opportunity for tax authorities, creditors or the probate court to claim account funds. Some states allow the beneficiary to take over that responsibility by executing an affidavit, at which point the custodian releases the funds and shifts liability to the beneficiary. It’s possible that a custodian can legally refuse to honor a proper beneficiary request for distribution without additional proof or a court order.

The agreement can include terms to place responsibility solely on you and your decedent estate. By placing this language in an agreement, the custodian insulates itself from any costs or liabilities. As owner of a TOD account, you are ultimately responsible for the account’s use and the outcome, whatever it may be.

Obviously, having more than one beneficiary can make claiming the account a more complicated process. Some custodians require equal beneficiary shares. If multiple beneficiaries are named, most TOD agreements allow the account owner to designate a different percentage to each. In the event that one beneficiary predeceases the owner, that person’s share is divided among the remaining named beneficiaries, pro rata. If a TOD account has no beneficiary, it will then pay out to the estate, in which case the decedent’s Last Will takes control.

If you’re a TOD account owner, you should take care to update your account beneficiaries and ensure that your coordinated Last Will and TOD agreements fulfill your intentions. By being inattentive, a person might accidentally add additional beneficiaries to their Last Will but not update their TOD account. By doing so, the decedent would accidentally disinherit those beneficiaries from full shares in the estate, opening up the possibility of them making a claim against the TOD account in probate court.

On the other hand, if it’s the owner’s intent to exclude some beneficiaries from the TOD account, the Last Will can be written to include a provision allowing the decedent’s TOD agreements to stand separate from the terms of the Last Will. But if that’s your plan, be careful: The decedent estate then likely would become liable for TOD account taxes and any creditor claims, resulting in reduced shares for any estate beneficiaries.

Another thing for TOD joint account owners to consider is that the surviving co-owner has full power to change the account beneficiaries, which means that persons whom the decedent owner may have intended to benefit from the TOD account (and who were purposefully left out of the Last Will) could be excluded.

If the decedent’s Last Will doesn’t rely on TOD account planning, and the account lacks a beneficiary, then state law will dictate distribution of the estate, including that TOD account. In most states, intestacy laws provide for spouses and distant relatives and exclude any other unrelated parties. This means that the TOD account owner’s intent that the account funds would go to specific beneficiaries, or their descendants, would be thwarted.

The TOD agreement will likely include a provision alerting you that the bank has not advised you whether using the TOD account is suitable to your needs, or even legally valid, and directs you to seek advice from your tax or estate planning professionals. You should take that advice. 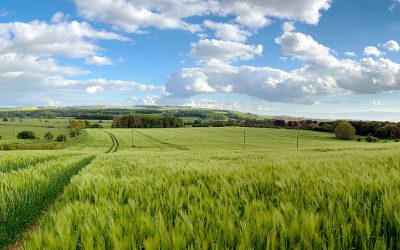