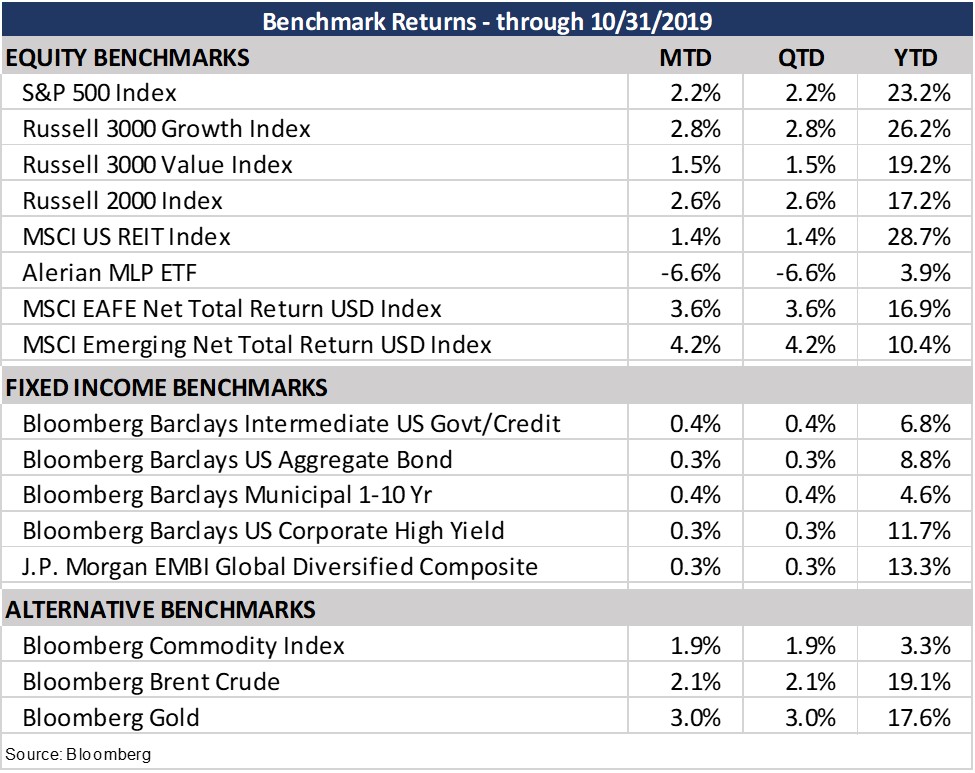 October was all about talk of deals and crucial deadlines. What happened? The deals got nowhere, and the deadlines were missed. How did markets react? Equities went up still more and bonds hung around. It is remarkable how untroubled markets can be when central banks keep serving them monetary cocktails.

For the month, global stocks (as measured by the MSCI ACWI Index) gained 2.7% and are up just shy of 20% for the year. At home, the S&P 500 Index ended the month at 3,038—just nine points below the all-time high it closed at the day before. The index gained 2.2% in October and has notched a 23.2% total return since the beginning of the year.

Investor sentiment was lifted by optimism over progress toward “phase one” of a U.S.-China trade deal and a third rate cut by the Federal Reserve. After three successive cuts of 25 basis points, the federal funds target rate is now at 1.5%–1.75%. The current market consensus is that October’s cut is likely the last for the year, and Fed chair Jerome Powell signaled a pause in cuts during his press conference. The United States isn’t the only country with easing monetary policy—the chart on the next page from Ned Davis Research shows that a rate cut was the last rate change for 85% of central banks around the world. Most central banks went into tightening regimes in 2018, but that trend has since reversed in 2019.

Interest rates at the longer-end of the Treasury yield curve were flat from September to October; however, the short-end dropped and steepened the curve. After being inverted for most of the summer, the differential between the 10-year Treasury and 3-month T-Bill yields is positive again. However, the broad trend of falling interest rates over the last year continued in October. The U.S. core bond index gained 0.3% and is up an impressive 8.8% year to date—the best 10-month start to a year for core bonds since 2001 (Bloomberg Barclays US Aggregate Bond Index). 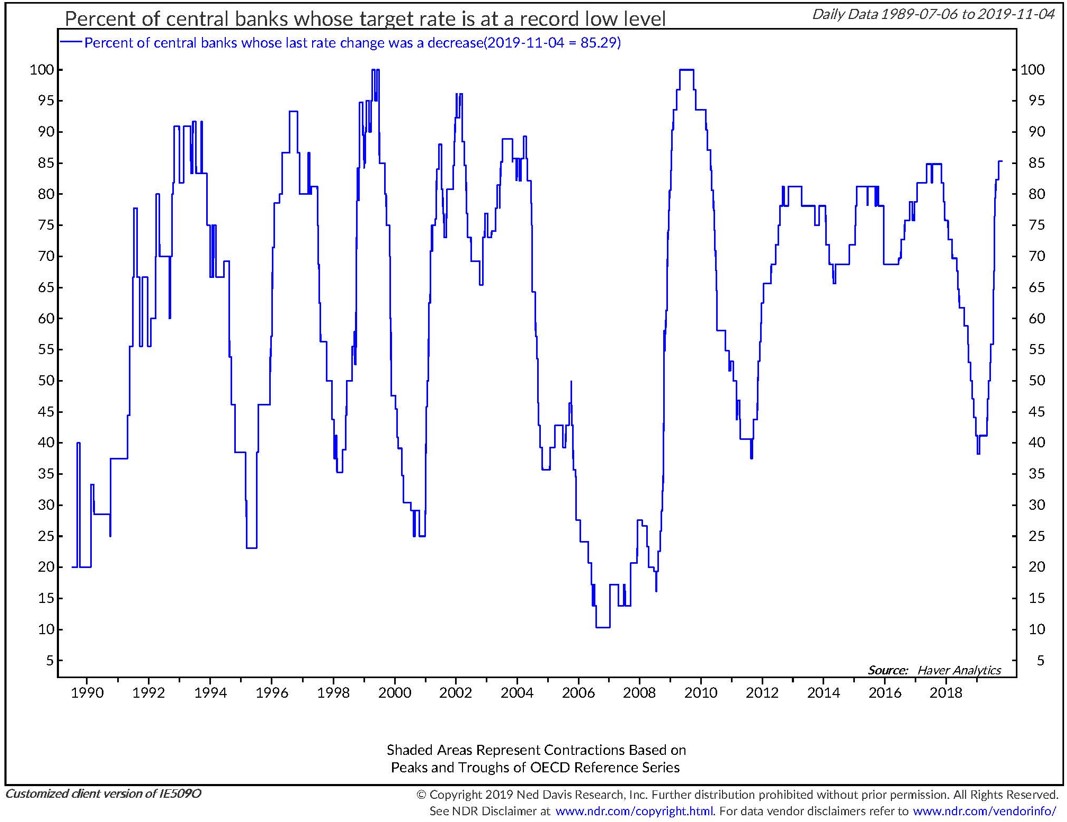 In a welcome change, foreign equities posted stronger relative returns in October, largely with the help of a weaker U.S. dollar. The MSCI ACWI ex USA Index gained 3.5% in dollar terms and 1.8% in local-currency terms. Developed stocks returned 3.6% in October, while emerging-market stocks jumped 4.2%. The United Kingdom and their continued impasse around Brexit remained in the news and will remain so until at least early next year. The European Union gave the United Kingdom another last-minute Brexit extension (until January 31, 2020), which will be more than 3.5 years since the initial Brexit referendum. The United Kingdom now faces a general election in December where Prime Minister Boris Johnson hopes to get the majority needed to get his Brexit deal passed. U.K. general elections are supposed to be held every five years, but this will be their third general election since 2015.