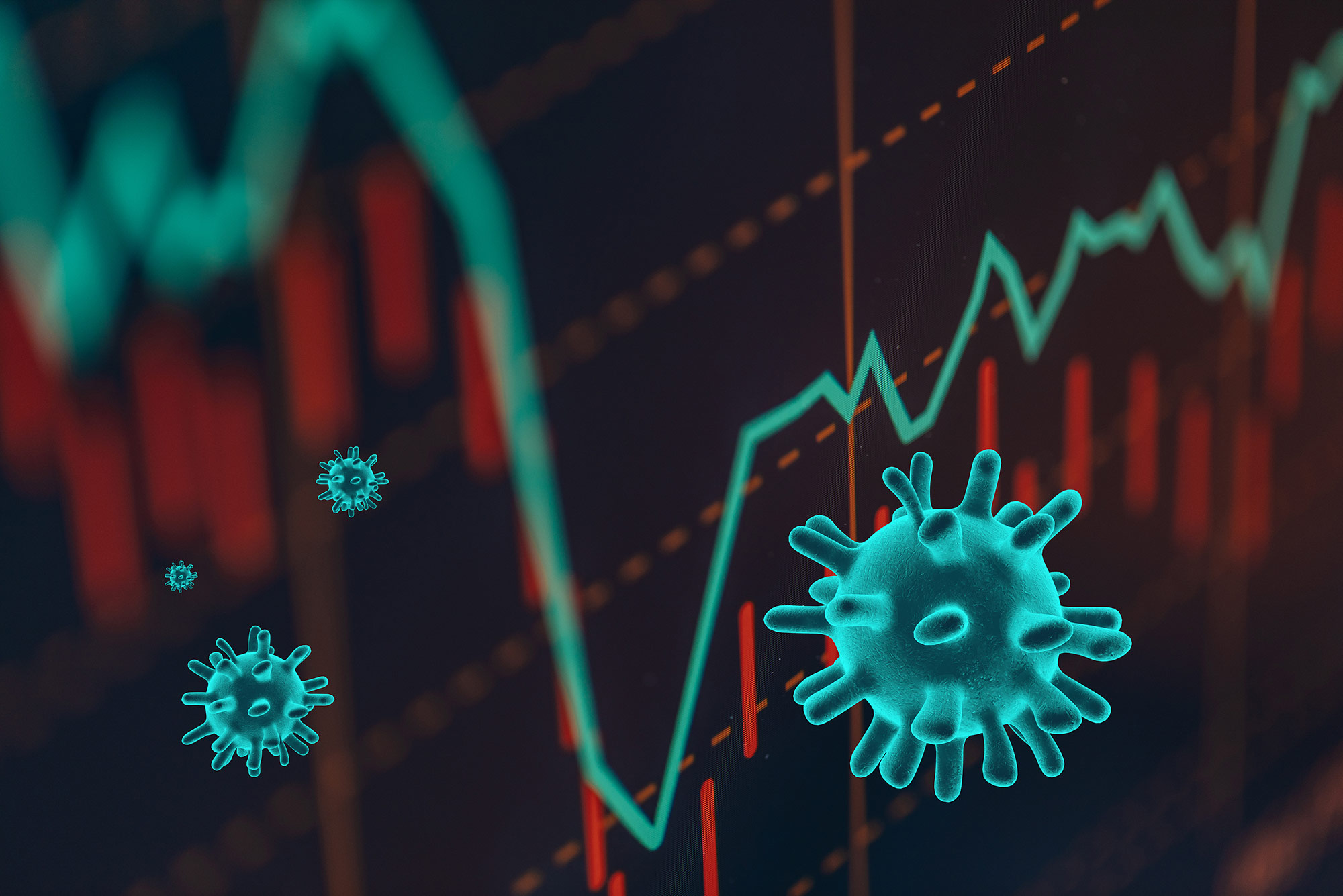 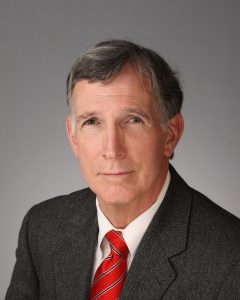 It may be somewhat of an exaggeration to say that the last three months have been unprecedented, but we’re going to stick with that modifier. It’s true that here have been “plagues” in our lifetime that have dramatically altered social behaviors (polio before the Salk vaccine, comes to mind). We remember that Paul Volker and the Federal Reserve brought the U.S. economy to its knees in the late ‘70s and early ‘80s by allowing interest rates to rise to unimaginable levels — 90 day T-Bills yielding 21% — in a successful effort to put an end to runaway inflation. And we’ve experienced periods of equal or greater social unrest: the 1960s civil-rights and anti-war movements, for example.

The combination of all three catastrophes — the COVID-19 pandemic, a government-imposed shutdown of the economy and marches and riots in major U.S. cities — all in the span of a little over three months surely qualifies as unprecedented. These are strange days with strange market responses.

During the first quarter of 2020, the S&P 500 entered a bear market, declining by as much as 34% from an all-time high on February 19 to its low on March 23. Since then, the index has gained 38.6% and, at least technically, has embarked on a new bull market. Year to date, the S&P 500 is down 4%, and is only 8.4% from its all-time high. This is with an unemployment rate near 14%, a first quarter GDP of -5% and an anticipated second quarter GDP of -30%. Not surprisingly, the NBER has declared that the U.S. has been in a recession since February.

A new bull market in stocks in the face of a recession is a common occurrence: it’s a testament to the optimism of investors who can “look across the valley” and envision better economic times and higher market prices in the future. What is unusual about this bull market is the brevity of the bear market which preceded it: at twenty-three trading days, it was one of the shortest on record, comparable to the October crash of 1987.

The rapid establishment of a new bull market suggests that investors see a “V” shaped path — a sharp decline followed by an almost vertical recovery — as the most likely economic scenario for the balance of 2020. Market pundits are fond of employing visual aids to describe future economic directions and paths: in addition to the letter “V”, some of the other symbols they have tortured include the letters “U”, “L”, “M” and “W”, the Nike Swoosh and the square root symbol. Lately, as market volatility has increased and direction has become more dubious, we hear more references to “U”s and Swooshes and, on particularly bad days, to “L”s.

Our own opinion leans more towards the “U” and the Swoosh — a sharp decline followed by a more gradual recovery — but as we’ve said before, much depends on the path of COVID-19 and its effect on the economy. Corporate earnings reports for the second quarter will begin coming in during the second week in July and they’re expected to be dismal. We’ll be paying particular attention to how the market responds to disappointing numbers: positive price moves on bad earnings usually bodes well for the future. However, we don’t expect much clarity about earnings expectations for the third or fourth quarter: 40% of S&P 500 companies have already foregone such guidance and that percentage is likely to grow.

The response in the fixed income markets to the recession has also leaned towards a more optimistic outcome than the severity of the recent jobs and GDP data would suggest. Interest rates usually decline during recessions and they certainly did so during the first quarter when the recession began. During the second quarter, U.S. Treasury rates held relatively steady at low levels: currently 3 mo. .152%, 10 yr. .654% and 30 yr. 1.411%. The yield curve in the second quarter remained positively sloped (long term bonds yielding more than short term bills/notes, usually a condition that encourages banks to lend and the economy to grow).

It’s interesting to note that the last time there was an inversion in the yield curve (short term bills/notes yielding more than long term bonds, a predictor of recessions) was in February, the month in which the recession began. The credit spread — the excess yield of investment grade corporate bonds over the allegedly risk free yield of U.S. Treasuries — has declined a full percentage point from its recent high of almost 4% at the end of the first quarter, indicating that investors have less concern about corporate bond defaults than they did in March. This shrinkage in spread over Treasuries can be observed in tax exempt municipal bonds, emerging market debt as well as in other less than perfectly rated obligations. It’s not that these spreads aren’t elevated — they definitely are — but that they are significantly off their highs, more than one would expect so soon after the official declaration of a recession. While it’s true that interest rates across the  yield curve are at record low levels (as one would expect during a recession), the positive slope of that curve and the overall shrinkage of credit spreads are further hints of an early conclusion to economic hardship.

In support of this optimism, the Federal Reserve has indicated, in the clearest language possible, its full backing for minimal interest rates, both long and short, and maximum liquidity for trading markets. This is in addition to the multi-trillion-dollar stimulus packages that Congress and the president have made available to furloughed and dismissed employees. These measures have been effective in softening the blow that a 14% unemployment rate normally would have had on consumer spending — about 60% of GDP — and in keeping hopes alive. In this environment, some have suggested that there could well be downstream costs associated with this government largesse. Of course, when your house is on fire, you don’t worry about the water bill.

Nevertheless, since February of this year, the government has been borrowing and spending a staggering amount of deficit dollars. And since February, the Fed has increased its balance sheet from about $4 trillion to $6.5 trillion — a 62.5% increase — mostly by buying U.S. Treasuries, Mortgage Backs and Agency securities. In other words, a good bit of the government’s largesse has come from creating money. And creating money to support ever larger deficits has, on occasion, led to periods of hyper-inflation. We do not believe this is likely to occur in an environment of 14% unemployment and -30% GDP, but it is a risk that deserves watching. If the economy were to snap back too quickly and/or the Fed were to keep its foot on the gas too long, there could be serious repercussions. But that seems unlikely at this time.

The investment outlook for the balance of 2020 and beyond is all the more cloudy because of the highly unusual way in which we have arrived at this midpoint of the year. There are few precedents to a government shutdown of major portions of the economy: the closest analogy that comes to mind may be the rationing of consumer goods during wartime. Both events have an uncertain duration and both require sacrifices. But wartime economies are full employment economies; they’re more about redirecting the components of GDP than about shutting them down. Once a war is over, assuming we’ve won, the challenge is to redirect capital to a peacetime footing.

With a shutdown and high unemployment, the challenge is to recreate capital and that can take some time. The longer the current shutdown lasts, the fewer the number of businesses that will survive, the worse the unemployment rate becomes and the longer the recovery will take. The recent relaxation of restrictions on indoor dining, air travel, movie theaters, bars, etc. have improved the unemployment numbers somewhat (14.7% to 13.3%), but the spikes in infections have forced retrenchments. It may very well be that the economy cannot regain its prior growth rate until well after the virus has run its course, either by way of herd immunity or an effective vaccine.

So far, the markets appear to be defying pessimism and looking to a future beyond the valley, however cloudy and cryptically configured its geometry. Sometimes it’s best not to fight the tape.

About the author: Over an investment management career covering nearly forty years, Jim McElroy has served as portfolio manager, partner, mutual fund manager, Chief Investment Officer, President, consultant and writer of commentary for several financial institutions and private firms. In addition to a Ph.D. and an MBA, he is the proud holder of a Chartered Financial Analyst designation.