Is there a place for annuities? It depends on who you ask. 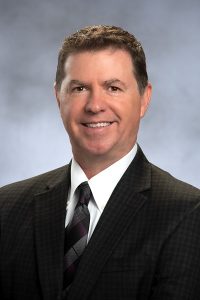 Before Ken Fisher, executive chairman and co-chief investment officer for the firm that bears his name, gained notoriety for inappropriate comments made during an investor conference in early October 2019, he was perhaps best known for his public hatred of annuities. According to a January 16, 2016 article in Insurancenewsnet online magazine, Fisher started his anti-annuity ad campaign in 2013 and “likens annuities to Ponzi schemes that rip off clients.”[1] Another one of his ads reads, “I’d die and go to hell before selling an annuity.” At least he lets you know how he really feels.

The word “annuity” comes from the Latin word “annual” and generally refers to any set of circumstances where a lump sum investment is converted to a regular series of principal and interest payments over a specified period of time. Annuities are contracts issued by insurance companies; hence they include specific “guaranteed benefits” only insurance contracts can offer and are given certain income tax benefits under the Internal Revenue Code (IRC §72). The types of annuities, their tax treatment, and the advantages and disadvantages of them are discussed in a more comprehensive report available here.

It would be easy to hop on the I Hate Annuities bandwagon. A few weeks ago, my sister, a soon-to-be-retired nurse who is approaching age 70, was told by the “consultant” who advises the hospital’s workers on their retirement options, to rollover the majority of her 401k plan from the low-cost target date fund she was invested in, to an index annuity.  While I do not know exactly what was said, what she heard was that there was no risk associated with these products and no fees. At least she was informed that there are surrender penalties if she cancels the annuity before a specified period (which was seven years in her case!).

My sister is an aware investor: she reads Kiplinger, understands diversification and that time in the market is a better approach to investing than timing the market. Giving the consultant the benefit of the doubt, the annuity could have been recommended because of her nearness to retirement and her general statement that she wants low risk investments. On the other hand, the cynic in me says that it was because of the 5-7% sales commission that could be paid to the “consultant.”  After we discussed her retirement account in the broader context of where she is financially, her current and future income sources, and what she needs her retirement account to do for her over the next few years, as well as over her remaining 20-30 year lifetime, she concluded that the annuity was not her best option.

I would not be the Libra that I am without acknowledging that annuities can sometimes be a very useful and appropriate financial tool for many people. However, like the conversation with my sister, the question of appropriateness – or in today’s fiduciary environment, the question of whether an annuity is in someone’s best interest – depends on multiple factors and cannot be answered in a financial vacuum.

When considering the source of your financial advice, a fiduciary advisor will consider all available options and strategies to meet your goals, not just the ones that he or she sells or gets paid to recommend. It’s important to remember the old adage that if you take your project to a carpenter whose only tool is a hammer, don’t be surprised if the solution requires a nail.