“Sell in May and go away.” This stock market proverb appeared to be sage advice – until May 13th. At that point global stocks were down over 2% from the beginning of the month. And previous hot market segments – such as SPACs, FAANMGs, semiconductors, clean energy, and of course, cryptocurrencies – had extended their losses from their recent highs, to over 20% in some cases. But the wisdom of the proverb faltered during the remainder of the month. Markets recovered and global stock markets continued to march higher. Foreign stocks led the way. Developed international stocks gained 3.3%, and emerging-market stocks returned 2.3%. In the United States, the S&P 500 Index managed a modest rise of 0.7% and the Nasdaq posted its first loss since October, falling by -1.4%. 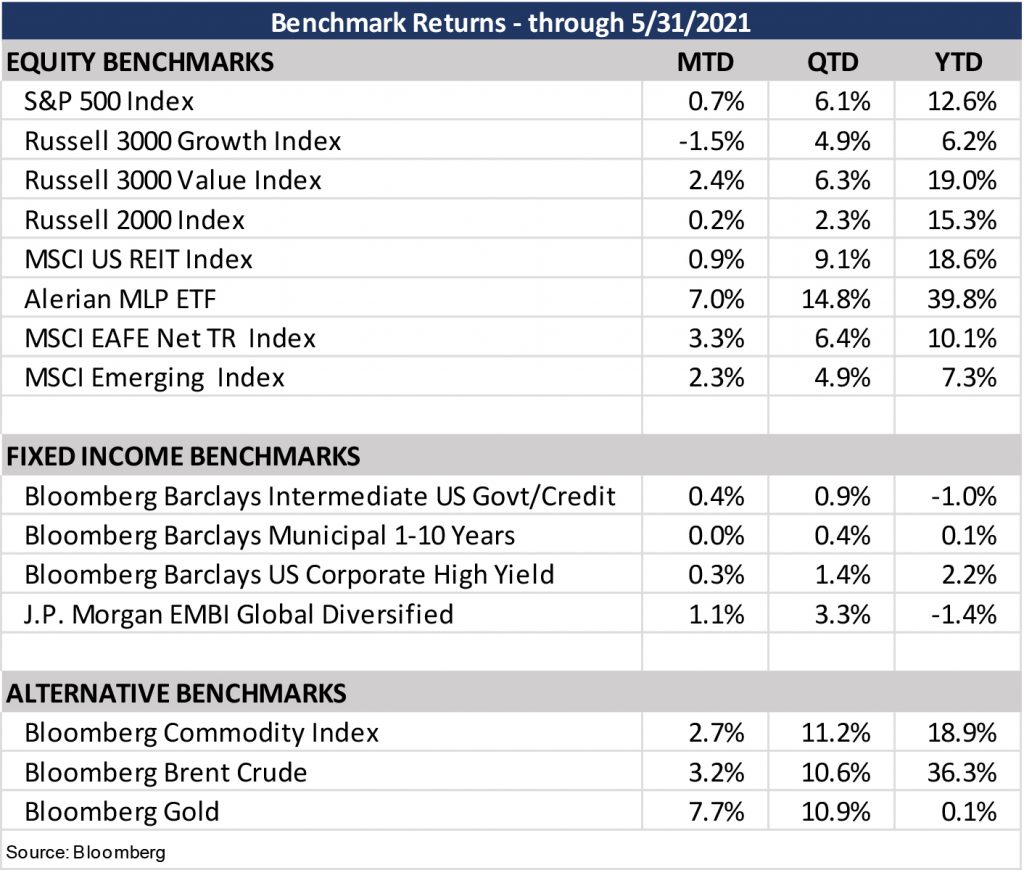 In the bond markets, the 10-year Treasury yield ended May at 1.58%, just a few basis points below where it started the month. The core bond index produced a modest 0.4% gain. Our actively managed bond core and non-core funds outperformed for the month.

On the macroeconomics front, the big news continued around inflation, with both the CPI and PCE reported numbers for April coming in higher than consensus expectations.

It is still too early to say whether and to what extent the past two months’ inflation reports are harbingers of a sustained period of meaningfully higher inflation, or whether, as the Fed and the consensus believe, most of the recent sharp price increases will prove transitory as current supply shortages catch up to demand with increasing capacity coming online as the pandemic recedes. Our current base case is that inflation does not get out of control. But we update our views as new information and data come out. In all cases, our portfolios remain well-diversified across a range of macro scenarios.

As vaccinations spread and COVID-19 recedes, reopening euphoria is spreading. We continue to expect a strong global economic recovery. This should bode well for riskier assets over the near term (next 12 months) at least. While the Fed is likely to soon signal it is moving closer to beginning to taper its QE asset purchases, monetary policy and interest rates should remain highly accommodative for a while. Fiscal policy in the United States is less certain; there is a good chance the fiscal boost from the pandemic support programs will turn to a fiscal drag in 2022 (as they expire this year). 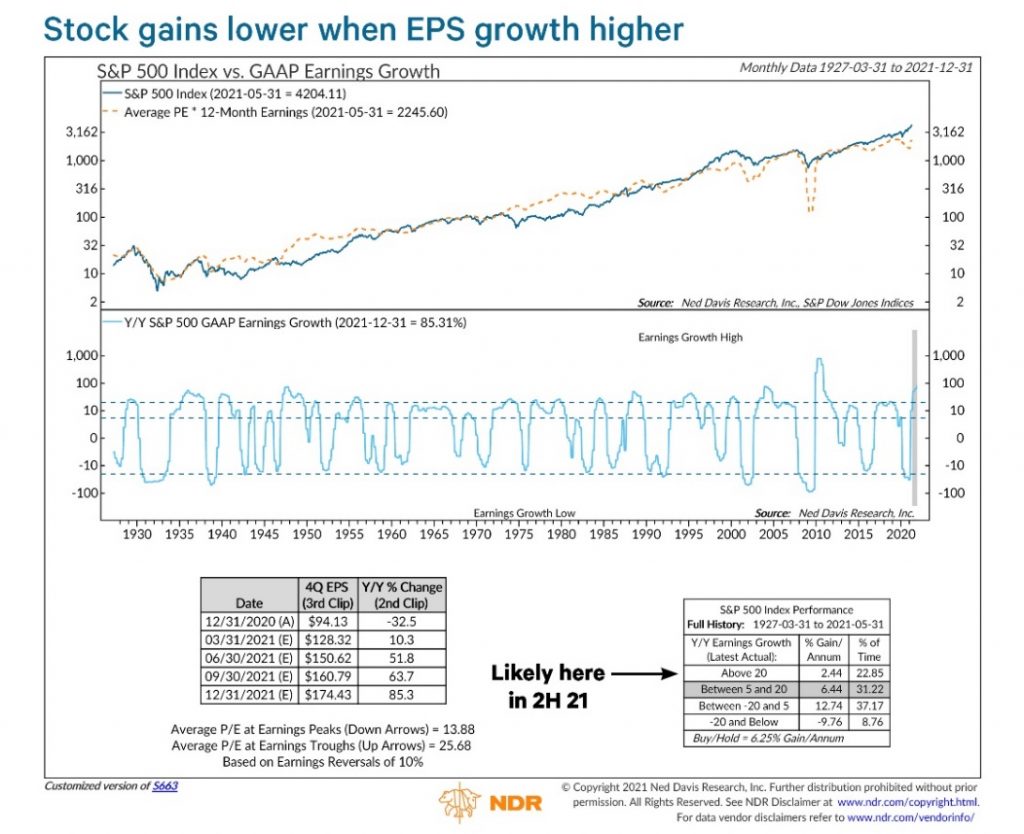 But with the likelihood of recession very low—absent a severe, unexpected external shock—we see low risk of a bear market. Of course, 10%-plus short-term market “corrections” can always occur. Despite elevated valuations and unsustainably high year-over-year earnings growth in the United States, we think the path of least resistance for equities in general is higher. More specifically, we continue to see better return prospects outside of the United States where earnings expectations are still modest and valuations more reasonable. 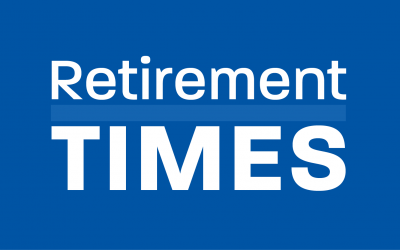 Announced this morning, Personal Income increased 0.1% in June, a bit more than expected. Personal Spending increased 1.0% in June, higher than expected and a rebound from the flat reading the previous month.  The PCE Deflator, a measure of inflation, increased 0.5%...

Tennessee trust and estate planning professionals have reason to celebrate the passage of several new laws that will continue to bolster the Volunteer state’s standing as one of the top jurisdictions to create and administer a trust. State lawmakers approved a wide...