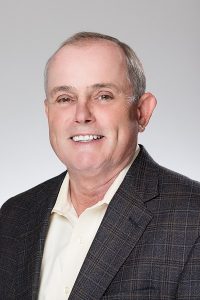 Populism is a political doctrine that espouses a commitment to the good of the common citizen. It is typically viewed negatively in that it appears to, or is assumed to, appeal to the prejudices and emotions of people of less means and educational attainment and portrays a dark and pessimistic vision of the future. Maybe it’s neither positive nor negative, but rather a reflection of the reality of growing income inequality, an aging population, the impact of globalization and the growing trend of replacing workers with automated devices. Add to this the inability of societies to continue to support a large and expensive social contract due to high debt levels and low economic growth and much of the governed becomes very dissatisfied. So, what’s the solution?

One solution that would clearly help is raising productivity. In general terms, productivity measures how much is produced per unit of input, with inputs being both capital and labor. Since labor and capital are in limited supply, how efficiently an economy uses these resources is important to growing household incomes and to raising standards of living for the population as a whole. A typical example of increased productivity is replacing workers with machines in manufacturing. Machines don’t get tired, don’t make mistakes, perform a task repeatedly with the same quality of execution and don’t take vacations, need sick leave or go on strike. There are many more subtle ways productivity is enhanced, such as writing a computer program to automate the input of data previously entered into the system by a team of people. Next time you get frustrated with the automated call system when calling your cable provider, think of it instead as a productivity enhancer (for the cable company, not you).

Productivity in the United States has on average grown at a little over 2% a year since World War II. The mean growth from 2007 to 2016 was 1.1%, half the long-term average. In 2016, productivity advanced only 0.2%, following an increase of only 0.9% in 2015. Productivity fell 0.6% in the first quarter of 2017, which is not helpful. When productivity rises, society tends to experience rising standards of living and incomes. Of course, it’s quite a painful experience for the worker who is replaced by a machine, so productivity gains must be shared across society, especially in the area of education. It’s a mystery academics study as to why the enormous advances in technology over the past 30 years have not led to better productivity gains. Maybe it’s how productivity is measured, or maybe the productivity gain of working remotely on your smartphone is offset by also scrolling through Instagram on the device.

In today’s economy, highly-skilled workers are enjoying the gains in productivity by experiencing above- average increases in income, while low skilled workers are being replaced by machines and see little to no increase in household income. This trend is very likely to persist and perhaps get worse as, by some estimates, nearly 1/3 of jobs could be performed by machines over the next 25 years. It won’t be long before teller jobs in banks and order takers in fast food restaurants are replaced by kiosks. Will these displaced workers become a burden on society or will we equip them to succeed in a knowledge-based economy?

These realities lead to nationalism, trade protection, populism and calls for increases in the minimum wage. None of these are especially good for the nation as a whole. There is some merit to raising the minimum wage—at least to return it to its value after inflation—but going too far will only accelerate the replacement of people with machines. The better but more difficult answer is to increase the value of goods and services produced.

It is important that productivity advance in the U.S. To accomplish that goal, the U.S. will need a growing labor force and a greater number of high-skilled workers, which means increasing educational attainment. If we fail, we can expect to see higher taxes to service our national debt of some $20 trillion, which will be a headwind for productivity since taxes compete with capital investment. One only need look at France or Italy to see what happens in a stagnant, range-bound economy and to Puerto Rico to see what happens when government debt soars to unsupportable levels relative to production.

Taking steps to increase our labor force and to ensure workers have the education and skills for complex jobs, from software to construction, will lead to a better long-term outcome for everyone.

Not Investment Advice or an Offer. The opinions of any single advisor do not necessarily reflect the opinions of Argent Financial Group. This information is intended to assist investors. The information does not constitute investment advice or an offer to invest or to provide management services. It is not our intention to state, indicate, or imply in any manner that current or past results are indicative of future results or expectations. As with all investments, there are associated risks and you could lose money investing.